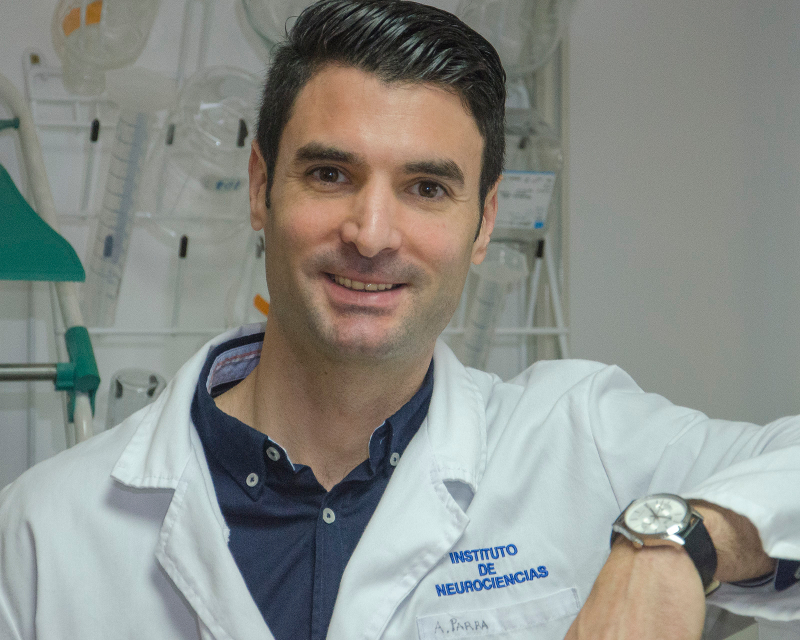 Dr Andrés Parra studied Biochemistry on the University of Salamanca, where very early started his research in neuroscience under Dr. Rodriguez supervision. Then, he moved to the Instituto de Neurociencias de Alicante (IN) to study sensory transduction in the group of Dr. Belmonte. During his PhD he unveiled further mechanisms of cold transduction which opened new targets on the treatment of dry eye disease. Once doctorate, he decided to investigate sensory integration on the central nervous system, moving to the Florida Max Planck Institute for neuroscience, where for three years learned cutting edge technologies implemented to study synaptic transmission. After this fruitful stay he came back to the IN to work with Dr. canals where has been investigating the circuits in memory formation in the hippocampus. After all these twelve years of research in neuroscience, Dr. Parra is still encouraged to keep dissecting how neural communication defines a relevant function.